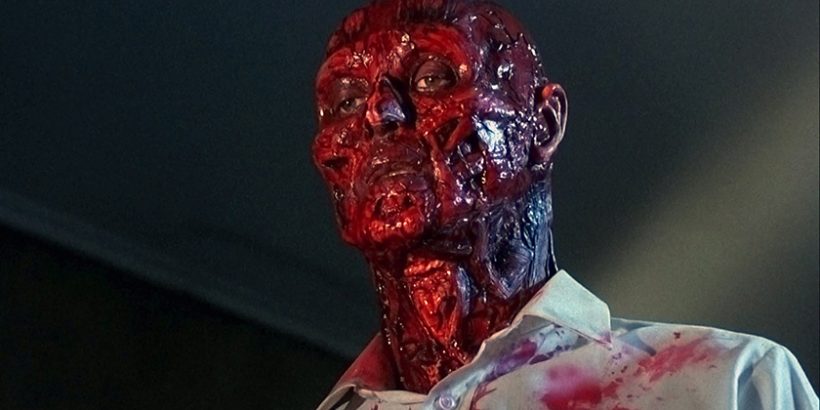 Muriel McAuley has lived in the Scottish fishing village of Witchaven all her life. She was born there, and she intends to die there.

But when an overseas property developer threatens to evict the residents from their homes and raze Witchaven to the ground in the name of progress, all seems lost… until the day a mysterious fog bank creeps inland.

To some it brings redemption… to others, it brings only madness and death. What macabre secrets lie within…

Romantic and deranged, THE HAAR is a gore-soaked folk horror fairy tale from David Sodergren, author of The Forgotten Island and Maggie’s Grave.

Review: Looking back on the reviews this past year, 2022 has been the year of David Sodergren. Not a single Sodergren book has been an actual stinker. All of them provide a great deal of entertainment with a deep appreciation for the genre that have spawned them.

This plethora of Sodergren’s work made me believe that I was prepared for The Haar. After all, surely I understand what to expect from the man now?

Reader, I wasn’t prepared. The Haar contains everything we love from Sodergren’s body of work with a beautifully portrayed main character, an unexpected romance, and a fun little plot somewhat inspired by Donald Trump’s attempts at building a golf course in Scotland.

That main character, Muriel McAuley, is by far the best part of the book. Sodergren dedicates the novel to his grandmother, and it’s clear he took much inspiration from what he knew to create Muriel. Mrs. (not Miss) McAuley feels like someone I would meet. I wouldn’t be surprised if one day she stepped out from this novel into the real world. Her fierce yet loving personality can only be endearing to the reader, and her desperation to keep her home and see her missing husband’s face one last time creates a pathos that will stay with you for a long time.

I mentioned that it feels like the flattening of Witchaven feels inspired by Trump’s infamy in pissing off the Scottish residents of Aberdeenshire for that godawful golf course. While those incidents are very marked by Trump’s buffoonery and corruption, the novel plays these elements straighter with a more sinister edge. The book’s corrupt American billionaire, Mr. Grant, is just fine slipping into even more dangerous and dark deeds to get what he wants.

Perhaps the most surprising element of this novel, however, is its monster. Usually, in Sodergren novels, the monster feels entirely like a force of nature, inhuman in its rage and desire to desolate our protagonists. The one exception is Maggie’s Grave, which gets a mention in this novel.

For all the inhumanity of the creature’s biology, however, this critter from the fog rivals Muriel in its complexity. He’s endearing, even when he’s begging to get a good feast from human blood and flesh. Surprisingly, Muriel starts a kind of romance with the creature when it takes the form of her long-gone husband, Billy McAuley. This romance might be weird, but it’s entirely heartfelt and gorgeous. I even found myself rooting for each moment this new Billy gets to give Muriel the closure she never had in life.

I never anticipated something like this from David Sodergren, but that makes The Haar that much more special. This is real evidence of the author’s growth as a writer. If you find this baby wherever you purchase books, don’t miss the chance to grab it.

If you would like to support me and my work, I have a Patreon and a Ko-fi!